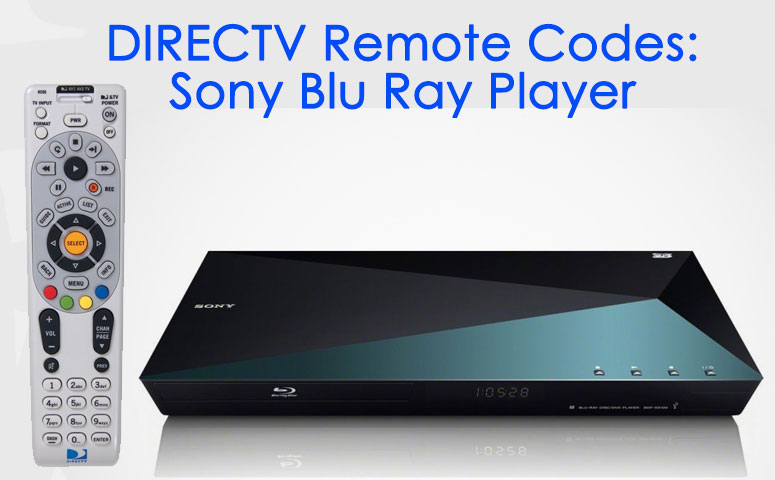 If you just got a new Sony Blu Ray Player or DIRECTV, one of things you are going to want to do is have the DIRECTV remote control the player. It is pretty easy to program the remote, once you have the right 5 digit codes. Once the right code is put in, you should have the remote able to control the Blu Ray player with ease.

The codes I list below should work with your DIRECTV remote. If for whatever reason they do not work, then you could also try the manual program method.

How to Manually Setup the Remote

The codes listed above should allow your DIRECTV remote to control your Sony Blu Ray Player. If none of them worked, then you could not try and programming the remote manually.

Use the On-Screen Menu

If you have one of the newer receivers and remotes, you can use the DIRECTV on-screen menu to get everything programmed. Check out the video below as the proper way to do it.